Welcome to the latest C.R.A.S.H. newsletter. In this issue we have a report on the fourteenth annual Colorado Model Rocketry Championships. We also have notes from our latest meeting. An issue of importance at the latest meeting was Tripoli Colorado suggesting a merge with C.R.A.S.H. It was decided that instead of merging, several C.R.A.S.H. members would join TC and help promote their club. Tripoli Colorado has an awesome launch site in Hartsel, CO and has been a past host of L.D.R.S. The next business meeting for Tripoli Colorado is Saturday January 29, 10:00 am at the Englewood Library.
Also, check out the Photos link for our November 20th launch. They look like something you might see on one of the Alberta rocket club sites! Speaking of photos, here’s one of club President Steve Clapp holding his upscale Scorpion two stage rocket. He then flew it with two D12’s on the first stage and an electric started D12 on the second stage.
Russ Anthony showed what a determined competitor he was along with his son Ryan by flying in the muddy rain soaked White Sands Regional Fall Contest in Alamogordo NM. Bruce Markielewski also endured the event which Russ writes about in this issue.
Bear Creek Lake Park has annual car passes for $40.00. If you are a regular at C.R.A.S.H. you can not only save money but drive right by the booth without stopping. Passes can be bought at the regular entrance station. Additional car passes for the same family are available at a reduced price. These passes are good only at Bear Creek which is a City of Lakewood park.
As always, C.R.A.S.H. members and other interested parties are welcome to submit articles for our newsletter. Perhaps you have an exciting project you would like to share with others. Maybe you went to a rocketry related event or attraction we might find interesting.
You may contact me at

A new year of rocketry is upon us. We survived another year of faulty copperheads, splash landings and lawn darts. Thanks for everyone’s participation and support and for keeping our club going. Let’s look forward to another great year of flying rockets. For all of those that haven’t been out in a while, we would love to see you again.
In all the excitement of flying, some of us have forgotten to pay our membership dues. Our dues go to fund rocketry fees and equipment maintenance. Please check your current status on the website at

If you don’t know your user ID or password, enter your e-mail addresss and press submit. If you feel we have your information posted incorrectly, please let us know. We try to keep the annual dues low by keeping our memberships current.
We are in the process of compiling a list of hobby stores that we will ask to carry flyers about C.R.A.S.H. If there are any stores that you think would be willing to carry our flyers, please send an e-mail to CRASH-Talk. Once we have the list of interested stores, we will need volunteers to make sure the stores have enough flyers to distribute.
As some of you may have noticed, our equipment is in desperate need of attention. We have tentatively planned a maintenance party for Sunday, January 16th at James Russell’s house. We will plan on doing a bar-b-que for lunch and we might even talk about rockets. More details to follow on CRASH-Talk.

The fourteenth annual Colorado Model Rocketry Championships was held on October 16th – 17th, 2004. We had eleven competitors participating, including five first time entrants in a C.R.A.S.H. contest – Ron and Grant Dreasher, Max Dalberth, Nathan Gardner, and Chris LaPanse. The weather on Saturday was predicted to be windy, but instead it was very calm all day – a great day for a contest! Sunday, however, was a different story as the wind finally arrived and remained gusty all day.
Six events were flown this time, and all had their own unique challenges. Just to shake things up a bit, we chose Streamer Spot Landing instead of the usual Open version of the event, and all but two entrants participated. In the combined “A” and “B” Division, Grant Dreasher edged Chris LaPanse for first place by six meters.

In “C” Division, Bruce Markielewski had a fine 4 meter score to easily take first place. Russ Anthony was second with 11 meters, followed by Steve Clapp at 15 and Ron Dreasher at 22 meters. Since we hadn’t flown this version of the event before in a C.R.A.S.H. contest, Grant, Chris, and Bruce all set club records in their respective divisions.
“1/2A” Boost Glider had six competitors, and with Grant as the only “A” Division entrant, he performed well against the five “C” Division entrants. Steve Clapp held off the rest of the group with a 100 second total time to take first. Jim Hinton was a close second at 85, and Ron Dreasher’s 77 second total just barely beat Russ for third place. Grant placed fifth, but beat an old “A” Division club record. Surprisingly, no flights were disqualified in this event.

“C” Eggloft Duration saw a similar field, this time with “A” Divisioner Nathan Gardner competing against five “C” Division competitors. Steve had a fantastic time of 222 seconds to take first easily and set a club record. Ron was a distant second place, with a best time of 52 seconds, followed by Russ at 34 seconds and Nathan at 26. Bruce had a tough time in the event, having left his parachutes at home Saturday when it was calm. His first flight was lost over the dam after a two minute flight, and a second qualifying attempt had a rough landing on the side of the dam resulting in a broken egg.
“E” Streamer Duration was a tough event, as the first four competitors all had disqualified flights on their first attempt. Only Ron had a successful first flight, but his two flight total was good enough for only third place. Steve and Bruce battled for first, with Bruce’s 248 second time besting Steve by 27 seconds and setting a club record. Russ has a qualified flight for fourth. No “A” or “B” Division competitors attempted this event.
“A” Flexi-wing Duration had only four entrants, all in “C” Division. Steve had two nice flights for a 659 second total, first place, and a club record. Bruce’s 401 second total was enough for second place, and Russ took third with 236 seconds. Ian MacDonald lost his model on the first flight, and didn’t fly a second one, so he earned flight points only for the event.
“1/4A” Super-roc Duration was more difficult, as half of the flights were disqualified. In “C” Division, Bruce made the most of his single flight, scoring 12850 points on a time of 257 seconds in some of the rare thermals occurring during the contest. His flight was a club record and also beat an old NAR national record. Steve was a distant second with 700 points, and Ian was third at 250 points. In “A” Division, Max beat Grant 513 points to 224 for first place and a club record.

Overall, Grant Dreasher was the winner in the “A/B” Division, and was the only one in the division flying more than one event. Max Dalberth only flew “1/4A” Super-roc, but was only 15 points behind the winner. Nathan Gardner was third with his successful “C” Eggloft flight, and Chris LaPanse was fourth overall.
In “C” Division, Steve Clapp dominated the division, winning the three highest scoring events with a total of 2028 points. Bruce was a distant second place at 1245 points. Ron captured third over Russ by only 6 points, with a 660 point score.

While the turnout was small this time, the contest was very challenging, and a learning experience for everyone. Even so, a total of nine club records and one national record were set during the two day contest. Already, plans are being made for the next great C.R.A.S.H. contest next March!

JD LaVasseur and Brian Bell from Tripoli-Colorado explained that Tripoli-Colorado doesn’t have the membership numbers to maintain the club, and proposed that it merge with C.R.A.S.H. Martin Visnak expressed concerns about Tripoli-Colorado becoming a financial burden on C.R.A.S.H. Steve Clapp proposed to keep the clubs separate, and work on increasing membership numbers for Tripoli-Colorado. The consensus was that there are enough C.R.A.S.H. members willing to join Tripoli-Colorado immediately at the current dues level to help maintain Tripoli-Colorado. Todd Williams moved to merge clubs. Chuck Luciano moved to keep them separate for a year. Bob Ellis made a motion to provide members for a one year trial. Motion seconded by everybody. Motion passed.
Steve Clapp made a motion to make newsletter editor an officer. Motion seconded and passed.
Officer elections for the year 2005 were conducted. None of the current position holders were opposed. The officers were elected as before, with the addition of newsletter editor. The current officers are:

Jeff Mosal volunteered to distribute flyers for both C.R.A.S.H. and Tripoli-Colorado. The club needs to get a list of hobby shops to Jeff; this will be discussed on crash-talk.
James Russell suggested that the club should contact old members to encourage re-joining.

The club website needs to updated with membership information. It was suggested that a membership form be added, and facilitate membership payment through PayPal.
James Russell volunteered to host the maintenance party at his house. The date was tentatively set for January 16th, but this will be discussed on the crash-talk mailing list.
Bruce Markielewski presented the awards from the CMRC XIV contest, which was held in October.
Several combinations of events were discussed for the C.R.A.S.H. spring contest CARCIS XIII, scheduled for March 19 & 20, 2005. The events agreed upon were:

Todd Williams provided an update on recent outreach events conducted by the club. The meeting concluded with the annual Christmas gift exchange.

Once again, I decided to make the 600-mile drive down to Alamogordo, NM for a regional contest. This is the first time I have competed there in November, and the conditions were decidedly different than last June’s regional event. C.R.A.S.H. treasurer Bruce Markielewski made the drive as well, departing from Denver around noon on Friday. He was able to take a vacation day, while I just skipped out from work and left around 2:00PM in the afternoon. Like the last trip, Ryan, my seven year old, wanted to compete. We left right from his school in what ended up being an exhausting eleven-hour trip in some really bad driving conditions. The three of us made up the total number of entrants from Colorado.
The weather forecast for the weekend was for intermittent rain, snow, wind and high temperatures in the forty’s. Not exactly inspiring rocketry weather. True to form, we drove into freezing rain and dense fog from Las Vegas, NM to Alamogordo. At times, I was over-driving my headlights at 45 miles per hour. I was really tired but happy when we finally pulled into the Holiday Inn Express at about 1:15 AM. Wondering if the drive was pointless, we fell asleep at once.
The 7:00AM wake up call seemed really early, and a glance outside confirmed my worst fear. Deep puddles in the parking lot were being inundated with yet more raindrops, and the low cloud base echoed my spirits. The warm, continental breakfast helped, though, and we left the hotel around 7:45. A quick stop at Wal-Mart for some warm boots for Ryan, some gloves for me, and we were off to the launch site, wondering if my Toyota Camry was going to make it without getting stuck on the mile long dirt road turned mud.

C.R.A.S.H. Landings is published by:

No responsibility is assumed for unsolicited material. All submissions become the property of C.R.A.S.H. Landings. Submissions should be delivered in electronic format by e-mail or diskette. For other formats, please contact the editor: 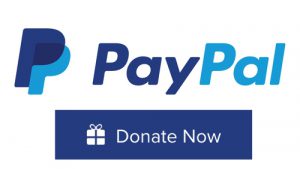